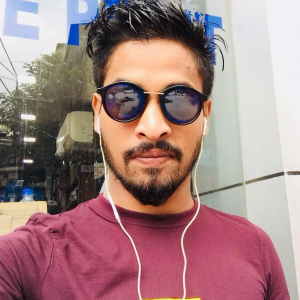 In our daily life, we use water to a great extent without knowing if it is hard of soft water. The use of hard water has many negative consequences. You have to study them to prevent the damage of electric appliances in your home. When coming in contact with the appliances, hard water can damage it badly. Not only this, it negatively influences everything else such as clothes, your skin, plumbing, and so on.

Water softeners mainly consist of systems using the ion exchange process, reverse osmosis system, deionization systems, and distillation systems. These softeners generate water of less than 1 grain of hardness per gallon (GPG). In this article, we have provided the details of salt-free water conditioner, water conditioners and compared them to help you in deciding what’s best for your home.

What is a salt-free water conditioner?

Hard water refers to the high mineral components present in the water. Water softeners are used to remove the ions that cause the water to become hardened. A salt-free water conditioner is a term used at the place of a water filtration system. It crystallizes magnesium and calcium minerals living in hard water. By using water conditioners, so called salt free water softener stays in the solution. Later on, one can find them in the pipes and water heaters. The water softeners clear the water removing hard minerals and reduce their ability to forms scales.

Traditional water softener utilizes the process of ion exchange that involves plastic resin beds rinsed with the solution of salt. It charges the beds with sodium ions. When you will let the water pass through these beds, the sodium ions will replace magnesium and calcium. This is how salt-free water conditioners work. Due to this process, there is a very small amount of sodium exiting from the tank. Besides, salt-based softeners go through a regeneration cycle which happens periodically. This occurs to restore resin beds with the sodium ions.

It’s because of the sodium that creates a problem. People believe that the solution of salt containing resins beds softens the water but that’s not the only truth. In some places, water softeners are banned because they lead to the heavy wastage of water. It releases a solution full of salts to the sewage which eventually damages the agriculture. Salty waste is harmful to the environment so you must take steps to avoid the use of salt-based softeners. In fact, minerals that harden water are eliminated but the environmental consequence is dangerous. Salt-free water softeners can only manage to remove some substances but they are not suitable for softening the water. Let’s find out the working of water conditioners that are provided by some sellers as salt-free softeners to you.

What is the water conditioner?

The working of water conditioners is based on the process of template-assisted crystallization. In this process, the water passes through a tank of TAC medium that contains tiny polymer beads. The beads are protected with the craters of nucleation sites. These nucleation sites are responsible for the formation of hard microcrystals. When hard water is passed with this then the nucleation sites attract the ions of magnesium and calcium. As a result, it is common to see the creation of micro-crystals. At a time when the size of the micro crystals reaches to a certain extent, they break into the media and reach the water. The micro crystals flow to your plumbing system and achieve the crystalline structure. They can’t break off and stay in the water pipes as we see as scales.

Scales ruin your plumbing system so it’s better to try softening the waters. It will also impact coffee makers, laundry machines, and other appliances that work with the help of water. Boiling water is the worst reason for forming scale in large amounts. In some cases, it can block the passage of water flowing through the home plumbing system.

Moreover, when you wash clothes in hard water, it will discolor your clothes. Even it’s not good to wash dishes in hard water. After wash, you can clearly see soap spots. Now, if you are thinking that it’s ok to shower in hard water then it will harden your hair and makes skin rough. Therefore, hard water is not good for your home in any case. Purchasing a salt-free water conditioner is useless. Breaking their crystallize form is needed and this can only be done by water softeners.

Before buying any water softener, do your research and collect the details about the company. Don’t purchase from the company which is trying to deceit you. As a consumer, you have the full right to choose the right product and ask the company why they are deceiving customers.

In some countries where salt-based water softeners are banned, you must ignore the sellers selling water-free softeners if being sold as salt-free softener. They are only selling salt-free water conditioners. If your country allows the use of salt-based water solution then don’t forget what it will do to this planet. Instead of that, prefer the latest technologies that filter water in various ways.

AtomKeep.com is a participant in the Amazon Services LLC Associates Program, and we get a commission on purchases made through our links. Affiliate disclosure.

How to Cut your Own Hair with Clippers – Step-by-Step

How to Install a Water Softener – Step-by-Step